The Federal Reserve Is About to 'Run Over a Cliff'

The rally we've seen to jump-start 2023 has been fading the past few days...

The Dow Jones Industrial Average is down more than 1,000 points from its January 13 high. And as of today's close, the index of 30 large-cap stocks is actually down for the year. The S&P 500 Index has followed a similar – albeit slightly better – path.

Now don't get me wrong. I'm still bullish on stocks this year. But the general consensus remains mixed. Many analysts expect a rough first half before stocks finally put in a long-term bottom.

Today's guest on the newest episode of Making Money With Matt McCall is in that camp. Hugh Hendry – former hedge-fund manager and host of popular investing podcast "The Acid Capitalist" – believes the market has lower to go... potentially a lot lower. 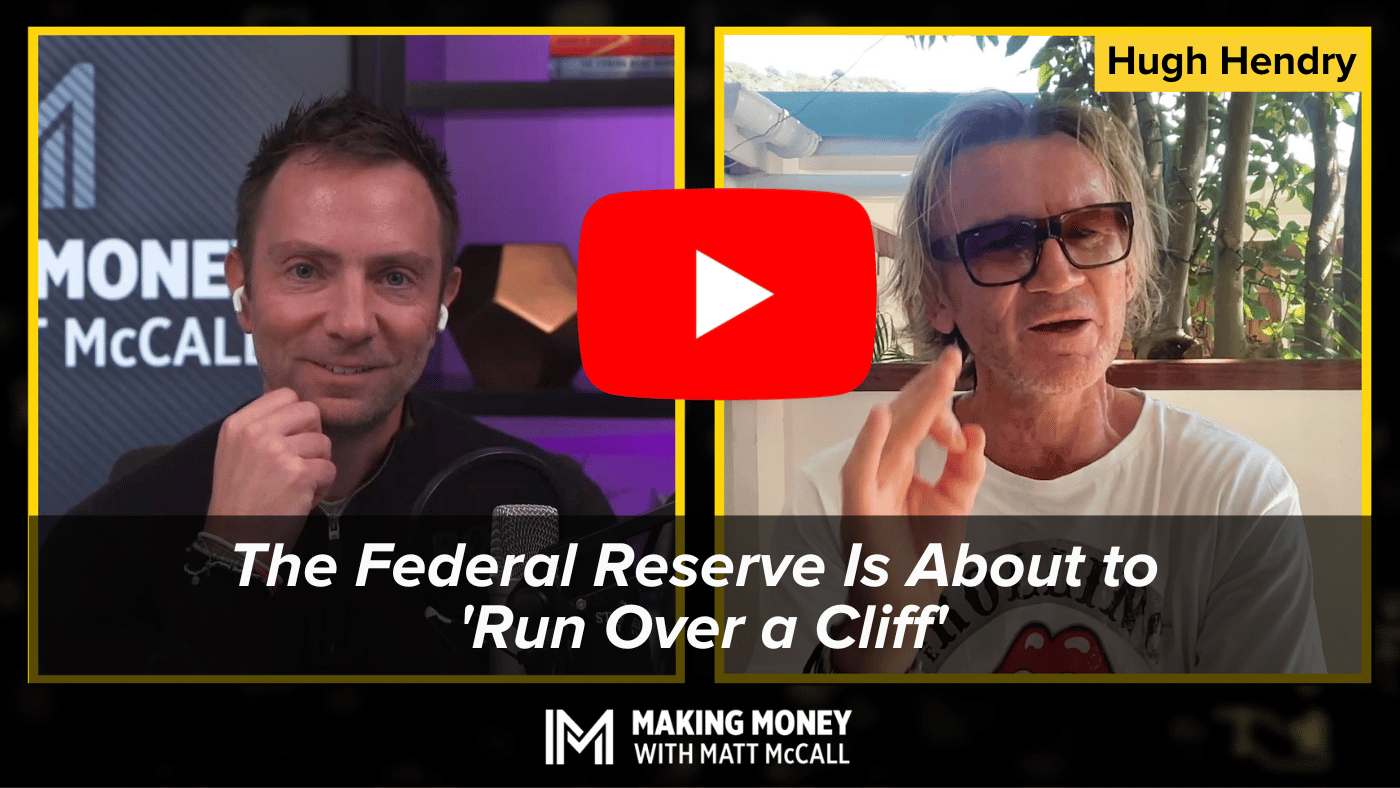 Hugh wasn't shy with his thoughts on the Federal Reserve. He believes the central bank has made a mistake when it comes to its control of interest rates... and that it will continue to make mistakes in the future.

Now, regular readers know my opinion of the Fed. It has been frustrating to watch, to say the least. So I agree with Hugh that mistakes have been and will likely continue to be made.

But there's another point we both agree on... and that's that the Fed will lower interest rates at some point. And likely sooner rather than later.

That brings us to where Hugh and I disagree. I believe lower rates will lead to a stock market rally. Hugh does not. You don't want to miss our debate.

Then, I bet you can guess how we end the show...

I ask Hugh for his "island stock" pick – the one investment he would want to own for the next 10 years.

His answer is an asset class that he already owns. And it's not something anyone has recommended yet. Once again, I have to agree with his choice.

P.S. If you're a fan of Making Money With Matt McCall, you'll be excited to learn that I'm joining several of my Stansberry Research colleagues for an even bigger and better show.

For the first time ever, Daniela Cambone of The Daniela Cambone Show, Dan Ferris of Stansberry Investor Hour, and I are joining forces to bring you a town-hall-style show focused on everything that 2023 has in store for investors.

We have a lot to talk about...

But we want to address your questions and concerns, too! If you have something you'd like us to discuss, simply visit TownHall2023.com and submit your question.

And of course, mark your calendars for January 27 for this special event.