Yesterday morning, we discussed the important distinctions between flexible and sticky inflation. And we noted that sticky inflation was the key to unlocking a Fed pivot in policy direction.

Consequently, the U.S. Bureau of Labor Statistics released its Consumer Price Index for December yesterday. The reading showed that sticky inflation has not yet reached its peak. According to the Federal Reserve Bank of Atlanta, it rose 6.7% year over year ("YOY"). This is up from 6.6% YOY in November.

But while the annual figures still show slight growth, the three-month annualized sticky CPI has now fallen to 5.5%, down from 6.5% in November and 7.2% in October. This means that while sticky inflation is still growing, it's losing momentum quickly.

Currently, we appear to be closing in on peak sticky CPI, while already having passed the peak for flexible and headline CPI. 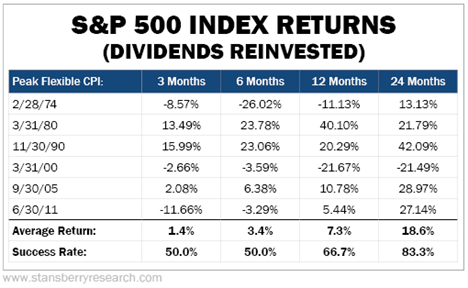 This shows us that within the first three and six months following peak flexible inflation, there is only a one in two chance of having positive returns. For comparison, the three-month return following this year's peak in March was -10.87%. The first six months saw a return of -11.62%. 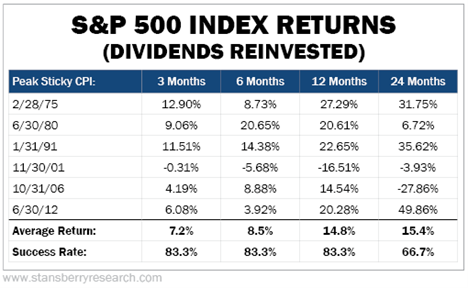 The difference in market performance from these two starting points is most notable within the first year of each. Within the first three months following peak sticky CPI, returns are nearly equivalent to the long-term average annual returns of the market. Meanwhile, the 12-month return doubles that figure.

The bottom line is that investors still have more than enough time to capture value through investments this year. Now we aren't saying that 2023 won't have volatility, because it will. But the point is, opportunities are ripe for the taking this year following a tumultuous 2022 for investors.

As we begin this new year, I want to share a sports analogy that I often use to help investors navigate times of extreme lows.

Look to the back of the baseball card.

Meaning, even the greatest of athletes can have a down year, but they always bounce back to their career average performance in time. And so does the market.

If you'd like to read more about specific investment strategies for 2023, check out Stansberry's Investment Advisory here.