Domestic equity markets finished higher after a fairly uneventful Tuesday that lacked major macroeconomic catalysts. Fed speak maintained its stance of higher interest rates for longer, with no indication of pausing anytime soon. Treasury Secretary Janet Yellen is reportedly committed to staying at her post at the White House's request in December. The latest National Federation of Independent Business' ("NFIB") Small Business Optimism Index for December showed the second-lowest figure since 2013, with expectations for the economy and earnings on the decline. Looking ahead, investors are playing a waiting game for new Consumer Price Index ("CPI") data from the U.S. Bureau of Labor Statistics on Thursday and the University of Michigan Survey of Consumers' inflation expectations and banking giants' earnings on Friday. 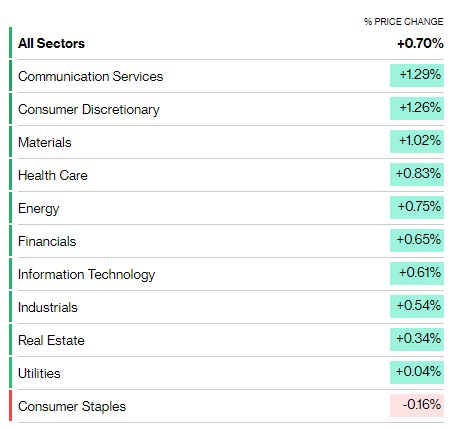 European markets finished lower. Eurozone markets finished lower on the heels of multiple officials' comments throughout the region regarding the 2023 outlook on inflation and economic growth. Bank of England Chief Economist Huw Pill said inflation pressures may be easing amid a weakening labor market, which could pave the way for a rate-policy pivot. In France, Prime Minster Élisabeth Borne unveiled a pension reform bill that could test the current government's reach during trying economic times. Spain is set to propose to Brussels the removal of natural gas from the European wholesale market. Investors are still purchasing low on the euro despite its mild recovery over the last three months against the dollar. And Goldman Sachs is now reporting that it doesn't expect a recession for the region in 2023.

Asian markets finished mixed. Markets finished mixed on conflicting trading signals from the U.S. and lack of significant regional news. Regional focus remains on China's economic support measures for the property market and larger economy. Chinese state media reported that many parts of the country are already past their peak COVID-19 infections, with cases declining in Beijing and other major cities. And in Japan, the hotter-than-expected Tokyo core CPI data came in at a 40-year high, while household spending unexpectedly declined.

Tomorrow, we're on the lookout for the latest Japanese economic indicators.

Have a great evening!