Domestic equity markets ended sharply higher driven by softer U.S. wage data and an unexpected contraction in the Institute of Supply Management's December services reading. December's job growth was higher than expected, which drove the unemployment rate down to 3.5%. Without a clear and concise pivot to stopping rate hikes from the central bank, investors are increasingly skeptical about the market's potential for a sustained rally. The main narrative and focus continue to zero-in on the labor market and how it could be the key data point to whether the Federal Reserve can achieve a "soft landing" and avoid a moderate recession. 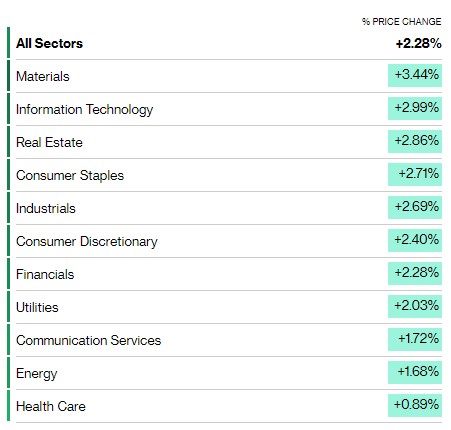 European markets finished higher. Eurozone markets finished higher with investors reacting positively to softer eurozone inflation data. Subsequently, eurozone economic sentiment data improved for the second consecutive month as fears of a sustained and deep recession subside. The European Central Bank's member, Villeroy, said that interest rates should peak by the summer but could stay at the terminal rate for longer than expected. In the U.K., house prices are predicted to drop as much as 8% this year, according to mortgage lender Halifax.

Asian markets finished higher. Markets ended mostly higher as China added to its economic support measures for the property market. Additionally, the People's Bank of China extended its program that would allow local governments to reduce mortgage rate floors. In Japan, yield curve control continued to dominate discussion among investors as the Bank of Japan's policy gets put under the microscope. Japan's 10-year bond yield traded above its 0.50% limit Friday. And Japan's wage growth for November came in well below expectations. In South Korea, weak export figures were highlighted by Samsung's massive plunge in its fourth-quarter profits as global chip demand continues to sink historically low.

Next week, we're on the lookout for the latest inflation data with the release of December's Consumer Price Index.

Have a great weekend!