*Editor's note: Our offices will be closed on Friday. There will not be any intraday commentary or an end-of-the-day recap.* 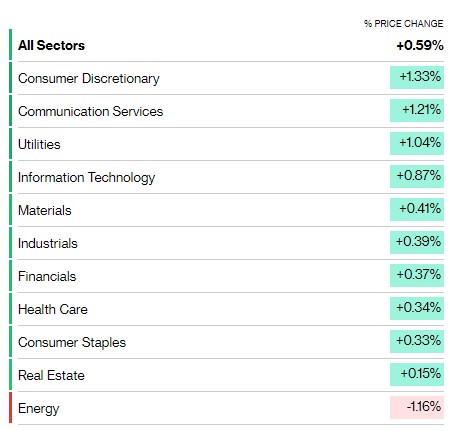 European markets finished higher. Markets ended largely higher as PMI data influenced the macro narrative. Investors are anticipating an economic contraction in the fourth quarter. Eurozone showed a slight easing in its flash PMI as pricing pressures appear to be leveling off, but still within contraction territory. A Reuters poll of economists showed the majority expect the Bank of England to hike rates by 50-basis points in December. And the European Central Bank is expected to continue its current pace of rate hikes into next year.

Asian markets finished higher. Equities ended positive Wednesday as investors shrugged off a growing number of lockdowns in China amid another step higher in COVID-19 cases. The People's Bank of China adviser Wang Yiming said he sees China's 2023 gross-domestic-product ("GDP") growth above 5% if the COVID outbreak simmers down. However, China's daily COVID infections are nearing its April peak with several cities including Shanghai enforcing restrictions again. And the Reserve Bank of New Zealand raised rates by 75-basis points, but officials were more hawkish in commentary as a 100-basis point increase was discussed.

Tomorrow, U.S. markets are closed for the Thanksgiving Holiday. Elsewhere, eurozone nations and Japan release certain economic indicators for November. And Friday, German GDP and the French Consumer Confidence Survey for November will be released.

Next week, we're on the lookout for an update on the housing and job market in addition to the Personal Consumption Expenditures reading for October.

From our family to yours, Happy Thanksgiving!