Chris’ note: For the Thanksgiving holiday, we have something different from our usual fare…

Rampant inflation is leaving its mark on everything. For instance, grocery bills have been shooting up. Your traditional Thanksgiving turkey costs about 20% more than it did in 2021.

So, if want a last-minute plan that doesn’t involve spending a fortune on your Thanksgiving dinner, check out today’s insight. It’s from my old friend and founder of the Bonner Private Wine Partnership, Will Bonner.

Below, Will shows you how to host a feast like the cowboys of Argentina do… with a proper gaucho Thanksgiving.

Plus, he shares an exclusive offer for some of the world’s most unique high-altitude wines to go with it.

“Have you seen the price of turkey this year?”

If that sounds like a recent conversation among your family, you’re not alone.

And if you’re one of the many now wondering what to do instead of emptying your wallet on Thanksgiving dinner, here’s our suggestion: Forget the turkey.

Instead, fire up that grill for a gaucho Thanksgiving…

An asado is an old Argentine cowboy tradition of spending all Sunday afternoon on a big, lingering meal. 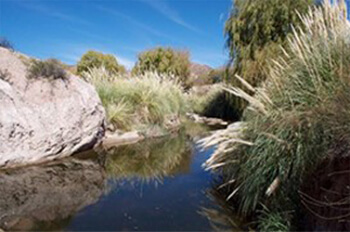 The high altitudes in northwestern Argentina mean UV rays are 80% more intense than at sea level. So you find the shade of a tree.

You lie back, your head propped on a saddle bag, as you snack on cheese and olives while the main course cooks. A cousin strums on a Spanish guitar. A sibling passes a bottle of wine around.

The centerpiece of the asado is the grill – the parrilla. Build a fire. Toss in some pinecones as a fire starter (and try not to use briquettes).

The heat should be enough to char the outer layer of your steak. Don’t worry too much about overcooking. With the right cut, the right prep, and the right sides (and wine), you should be fine. Just remember, cook it low and slow.

Bife de lomo is THE cut in Argentina. That’s tenderloin. But tira de asado, or short ribs, are also popular.

The Argentine secret to ultra-tender meat is simple: rock salt.

Coat the meat with rock salt. Don’t skimp! Then get it on the grill. The cooking will take a little while.

Step 4: Bring on the Wine (and Salad)

Here’s where you break out some sharp cheese (Gouda), jamón (ham) or salami, and olives for snacking.

You’ll also want to open a bottle of malbec. Can’t go wrong with an extreme-altitude malbec over 200 years in the making… 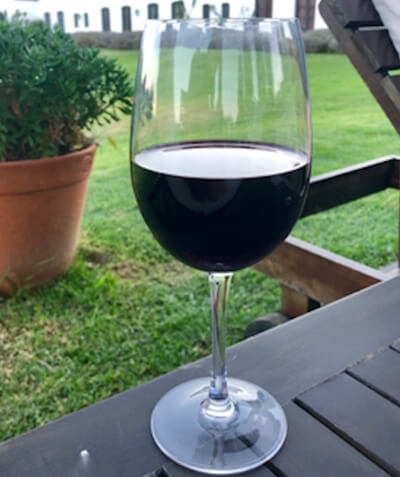 At this point, someone in your party should be at work on a salad. Rather than heaps of grilled vegetables, the Argentines have figured out that the best complement to a steak is a simple mix of fresh lettuce, tomato, and onion drizzled with olive oil and white wine vinegar.

Step 5: Some Chorizo and Morcilla

The first course of an asado isn’t a light soup or salad. (You consume the salad I mentioned above with the meat.) It’s sausage in a French baguette.

A quarter or half a sausage per person. Sausage should be the last thing on the grill and the first thing off it. Then take the chorizo (highly seasoned sausage) or morcilla (blood sausage) and immediately stick it in a piece of baguette.

Don’t use ketchup or mustard. The juices from the sausage will be more than enough.

Step 6: A Round of Applause for the Asador

If you must season your meat after it’s off the grill, stick to more salt.

When you combine that with the aforementioned salad, you’ll find you don’t need (and, in fact, don’t want) any condiments on your meat. (Just trust us here…)

Keep pouring wine. Open another bottle if necessary – if you have multiple vintage years, start younger and go older.

When you finally sit down at the table, it’s customary for the other diners to give the asador (the roaster – that’s you) a round of applause.

Step 7: When in Doubt, More Wine

All across the Calchaquí Valley area of Argentina, a small brotherhood of winemakers has toiled away in near obscurity for 200 years… using techniques passed down from father to son… making wines unlike any others you’ve ever had. 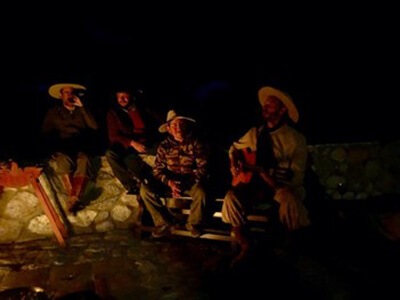 Members of a small brotherhood of winemakers gathered around a fire

The secret lies in the extreme conditions their grapes must survive each season – daily blasts of UV light 80% more intense than in Bordeaux… and nightly temperature swings of up to 70 degrees.

The vines drink pure, nutrient-rich snowmelt that trickles down from 10,000 feet.

And because of the altitude, there’s less need to drench the vines in chemicals, which you can’t say of many wine regions.

Nor will the winemakers insult them by mixing in “oak” extracts or excess sugar. In fact, the resulting wines are 99% lower in residual sugar than other wines we tested.

Yet, until recently, you pretty much had to be a near billionaire (or at least friends with one) to get your hands on a bottle of one of these exclusive extreme-altitude wines…

After all, most of these wineries are too small and too remote for a major importer to spend time on.

That’s how I came up with the idea of a partnership. 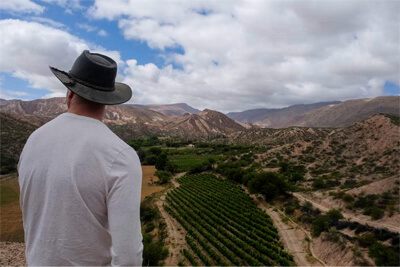 Looking out over an extreme-altitude vineyard

I would band together some good friends to import the world’s great wines to American shores – some for the first time ever. If we could just get enough people to fill an entire shipping container, we could make it work.

And so began the Bonner Private Wine Partnership. When we first opened, we had so little wine, we had to limit membership to just 1,000 people.

It’s not an easy business. Members of my team have almost died at least twice getting out to these isolated little valleys where our grapes grow. Currency fluctuations, tariffs, and shipping costs make the business hell on a balance sheet.

But in France, they say a great wine comes not from the grape, but from the character of the man who made it.

It takes a special kind of character to live so high above the world, at what feels like the edge of the Earth.

And it takes a special kind of character to forego the luxury so common in other wine regions, like Mendoza or Napa, in search of something different.

At the Bonner Private Wine Partnership, we figure if we can keep these isolated winemakers going, the difficulty will be worth it.

P.S. Care to taste extreme-altitude malbec 200 years in the making? Today, you can reserve some of the Calchaquí Valley’s greatest wines… and have them brought straight to your doorstep.

No shipping delays, no inflated prices, no middlemen. You can reserve your Calchaquí wines right here…