The status of my prediction three years ago about EVs and AVs; Wonderful graphics about Berkshire Hathaway, Apple, AutoZone, Monster Beverage, Tesla, Disney, and Netflix; Cleaning trash – even out of trees

1) Almost exactly three years ago, on February 5, 2020, we released a video (you can watch a slightly updated 2021 version of it right here) in which I predicted that the technology around electric vehicles ("EVs") and autonomous vehicles ("AVs") was advancing so rapidly that these technologies would be adopted faster than just about anyone expected.

I was very right on EVs, but only somewhat right on AVs...

Regarding EVs, global sales of fully electric cars soared 68% last year, accounting for more than 10% of all cars sold, as this Wall Street Journal article notes: EVs Made Up 10% of All New Cars Sold Last Year. Excerpt:

For the full year, fully electric vehicles accounted for 11% of total car sales in Europe and 19% in China, according to LMC Automotive. Combined with plug-in hybrid vehicles, which can be plugged in to recharge the battery but also have a small combustion engine, the share of electric vehicles sold in Europe rose to 20.3% of the total last year, according to EV-Volumes.com.

The U.S. lags behind China and Europe in the rollout of EVs, but last year auto makers sold 807,180 fully electric vehicles in the U.S., a rise in the share of all-electric vehicles to 5.8% of all vehicles sold from 3.2% the year before. 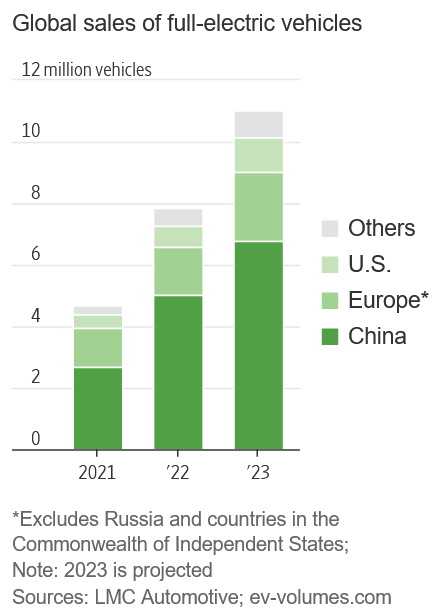 Mark my words: This is a seminal moment, as EVs have reached a tipping point. I think they will reach half of global auto sales in no more than five years, perhaps as soon as three.

The progress of AV technology has been slower. I find driving a car to be so easy, but getting a computer to do it, everywhere under all conditions, is maddeningly difficult...

Sure, 99% – maybe even 99.9% – of the time, there's no problem... but unusual "corner cases" abound: moving around a double-parked vehicle, driving on a dirt road or in the snow where there are no lane lines or the car can't see them, making eye contact with other drivers to figure out who should go at a four-way stop, avoiding traffic cones, responding to the hand signals of a crossing guard, etc.

So while we've seen huge progress, such as Waymo's robotaxi service in Phoenix – which is now open to the public, though limited to certain areas ("geofenced") – we're still far from true "Level 5" autonomous cars that can go anywhere, anytime, without a driver or even a steering wheel.

But perfection needn't be the enemy of the good. Waymo's service is amazing and will surely soon be rolled out by Waymo and others in cities across the country. And Level 4 autonomy is sufficient for driverless trucks to haul goods all over the country in the middle of the night on defined routes.

So I remain more bullish than ever on the themes I laid out three years ago – and on the five stocks I recommended then, which are up an average of 64% versus only 19% for the S&P 500.

To find out how to get immediate access to our reports on these stocks – and get a one-year subscription to our flagship Empire Stock Investor newsletter – for only $49, just click here.

(I sent this to my Tesla e-mail list earlier today, along with other articles and commentary related to the company and its CEO, Elon Musk. If you would like to be added to that list to receive roughly one e-mail per week, simply send a blank e-mail to [email protected]). 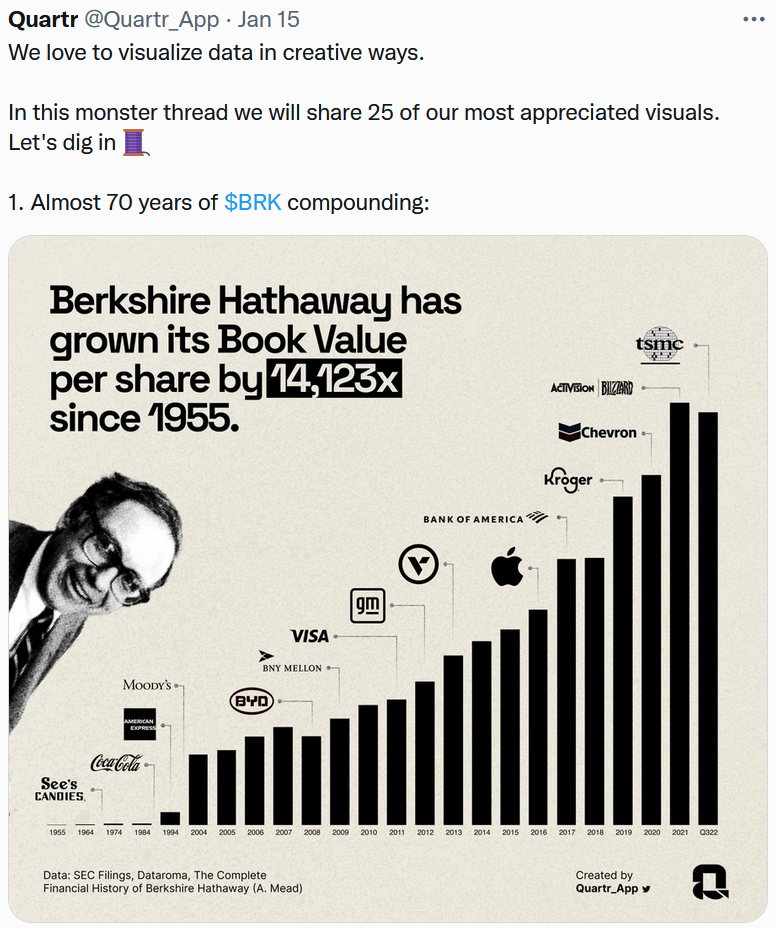 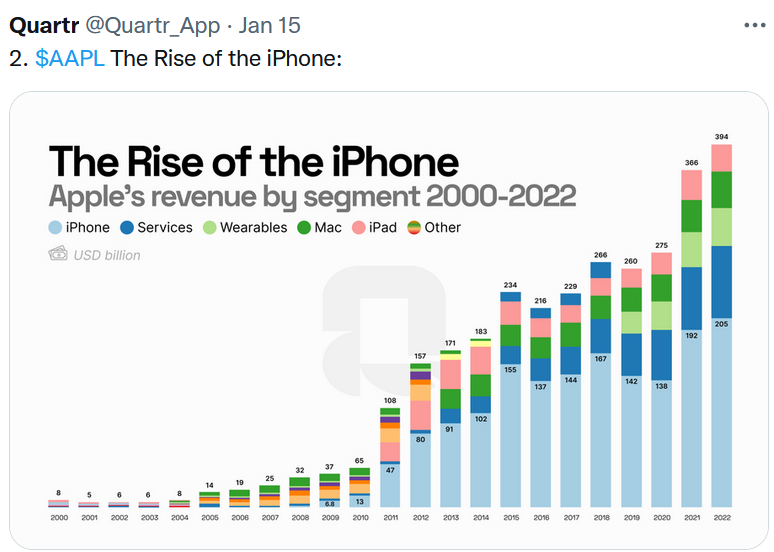 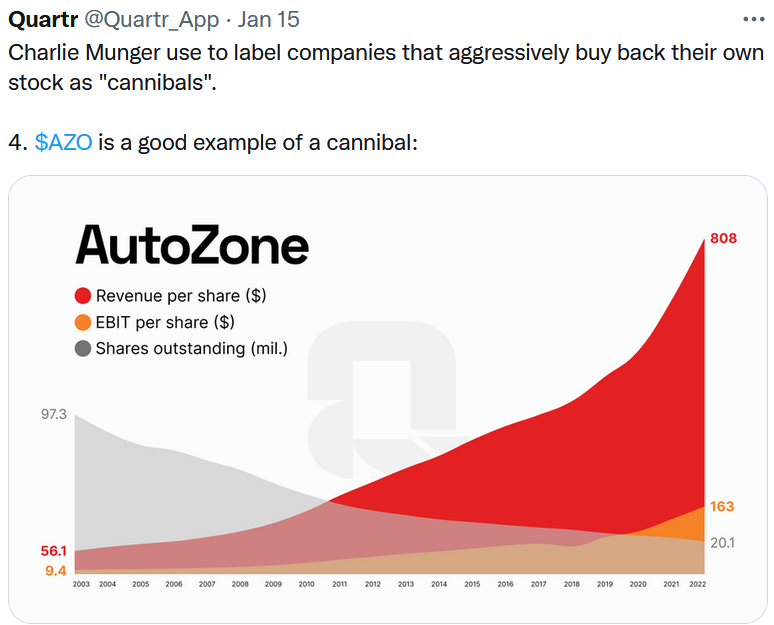 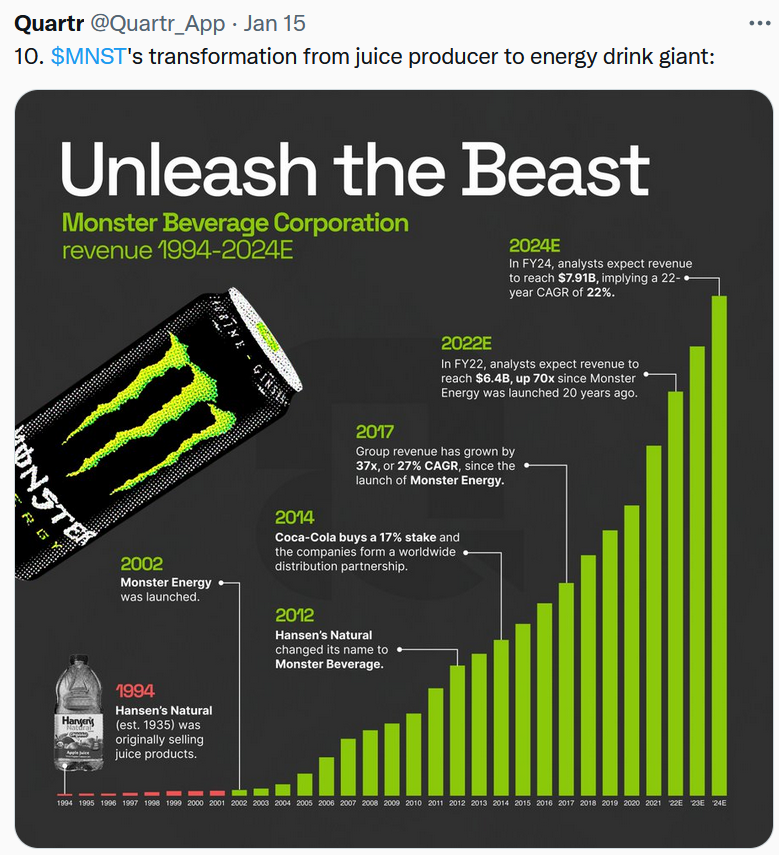 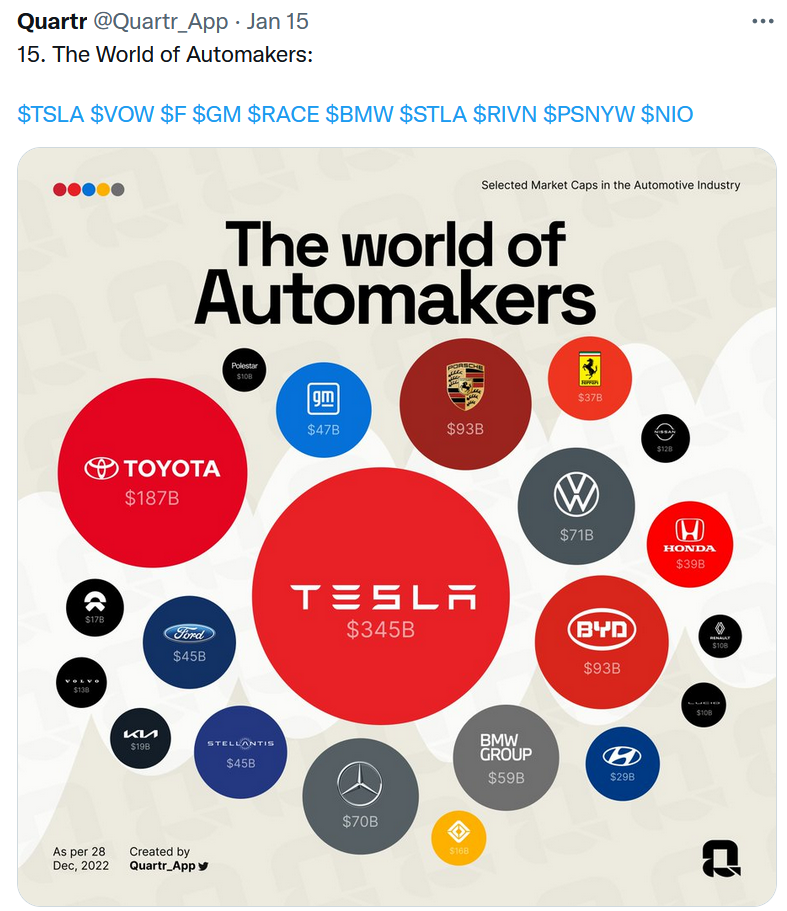 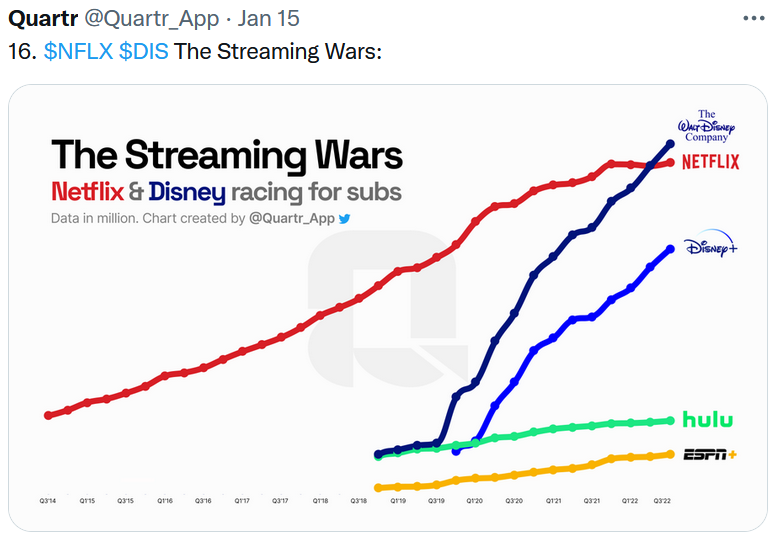 3) Here's a funny story from this past weekend...

Every morning, Susan and I walk Rosie the Wonder Dog and Phoebe the Wonder Pup in Central Park, around the East Meadow, and then down 97th Street to get Susan's coffee at Joe & the Juice, and then around the block back to our apartment building. This map shows the route we take: 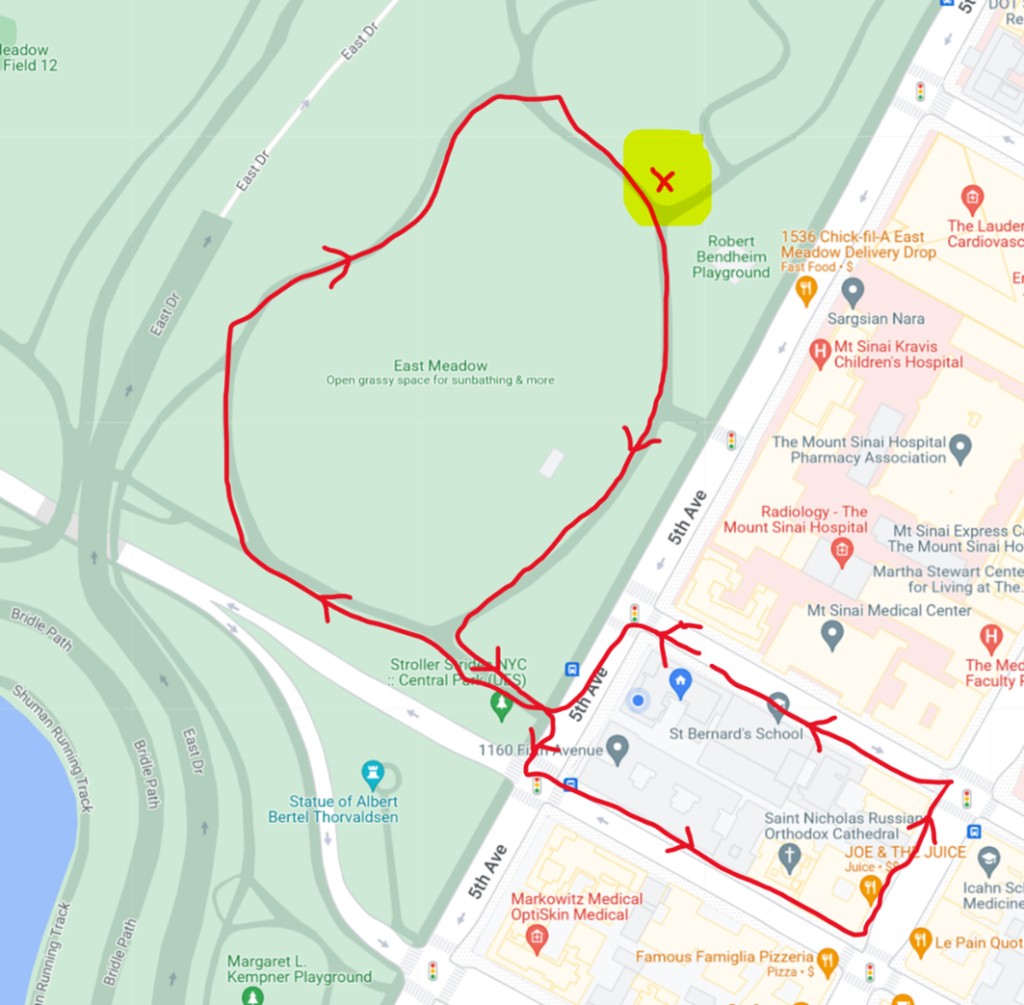 As we go, we pick up every piece of trash (and dog poop) we see – we've become neurotic about it!

It's a nice way to start the day, giving us a feeling of doing a good deed by restoring cleanliness and order to at least our little part of the world.

But for months, we (well, mostly Susan) have been irritated by a bright red shirt that somehow got way up in a tree along our route (marked by the X highlighted in yellow on the map).

Well, as we were walking today, Susan had a brilliant idea: "Do you think you could climb up and shake the tree and get that shirt down? It's been driving me crazy for months!"

So I grabbed the bottom branches, swung up, and climbed about halfway up the tree and began shaking the branch that the shirt was on like mad...

Initially, the shirt swung around and appeared to become even more firmly attached, but I kept at it and eventually it dropped to a lower branch, as you can see in this picture Susan took: 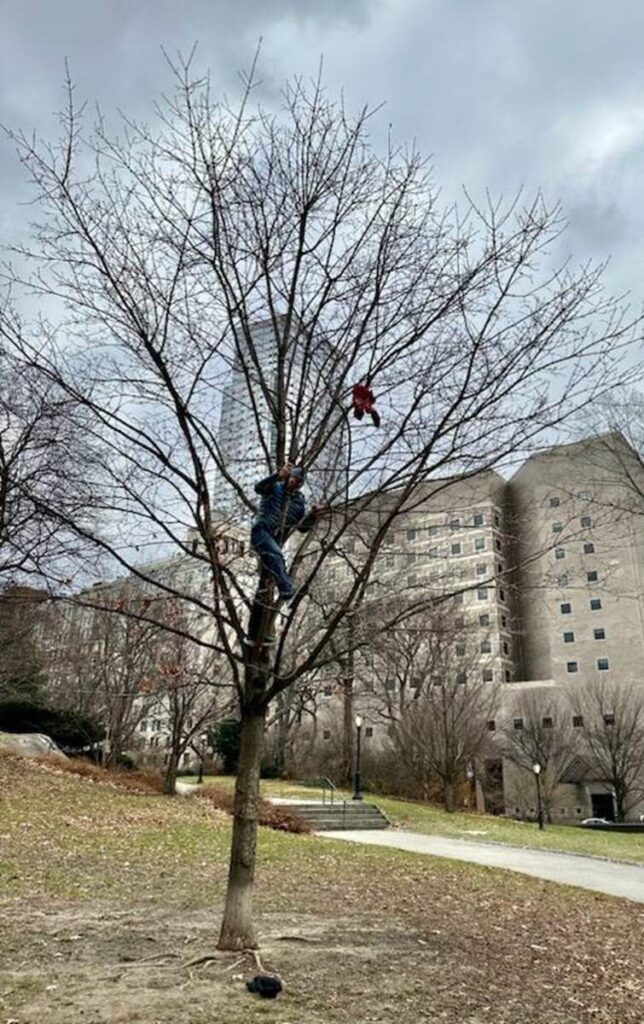 At that point, I could have just climbed up and grabbed it, but I didn't need to. A few more shakes and it fell to the ground, as you can see here: 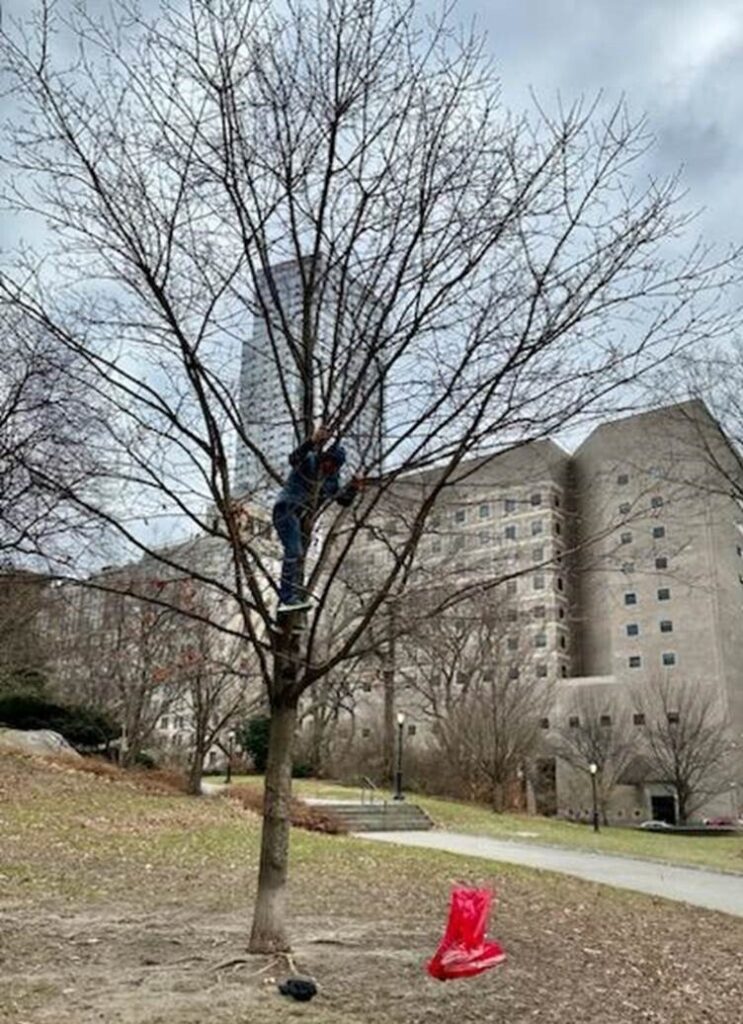 So if you ever walk past this tree, be sure to look up and notice the lack of a red shirt!