1) I did a 93-minute interview yesterday with my old friend, financial journalist Julia La Roche, who launched The Julia La Roche Show podcast (and YouTube channel) last August. Every week she does in-depth (45- to 90-minute) interviews with "top CEOs, investors, founders, academics, and the emerging names she finds fascinating."

When I looked at the 45 people she has talked to so far, I archived many episodes to listen to when I get a chance – including those with Scott Galloway, Carson Block, Marc Benioff, Nouriel Roubini, Vitaliy Katsenelson, Anthony Scaramucci, Kyle Bass, Alan Patricof, Bill Browder, and Morgan Housel. I'm honored to be included among these esteemed folks!

You can listen to our conversation on Apple Podcasts or Spotify or watch the YouTube video of it here.

It started with a question on how I came to start a hedge fund in 1999, despite never working a day in the financial sector and having grown up in developing countries, with a background mostly in nonprofit entrepreneurship. We then spent most of the interview talking about my book, The Art of Playing Defense, and then we concluded with my view of the markets, some of my favorite stocks, and my advice on how to build long-term wealth.

Here's a summary Julia put together:

In this episode, Whitney, 56, revisits his childhood, including growing up in Africa with his educator parents. He also shares whether or not he ate the marshmallow in the famed Stanford marshmallow experiment, a psychological study that examined delayed gratification among young children. He recounts how he met his wife Susan (thanks to his friend Bill Ackman!) and his journey from being the lowest-paid Harvard Business School graduate in his class working for a non-profit to the world of hedge funds (also thanks to Bill Ackman).

Throughout the conversation, there are plenty of lessons gleaned over the years from being a long-time student and follower of Warren Buffett and Charlie Munger. Whitney also discusses value investing in the current environment and why he's "reasonably bullish" and estimates the market could rise 15 to 20% this year.

Here's a picture of Julia interviewing me at the 2018 Berkshire Hathaway (BRK-B) annual meeting: 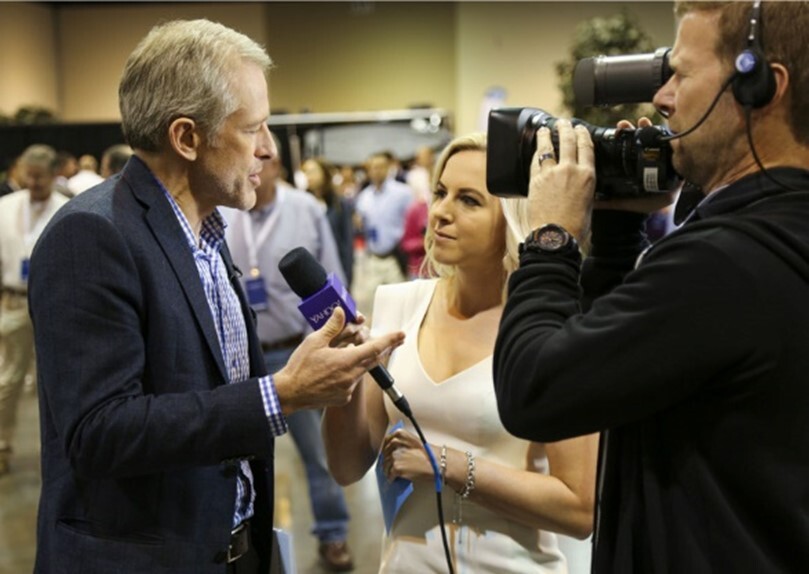 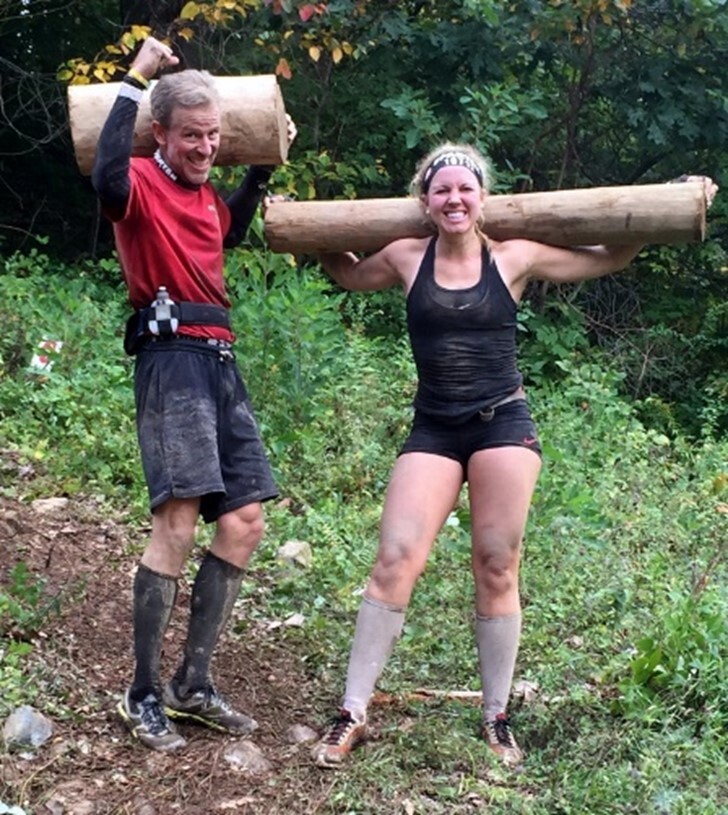 2) In my interview with Julia, I give credit to my college buddy Bill Ackman for introducing me to the two people, other than my parents, who have had the greatest impact on my life: my wife and Warren Buffett.

Here's the oldest picture I have of us, from 1986 (I have no idea why we're holding pens in our hands that way): 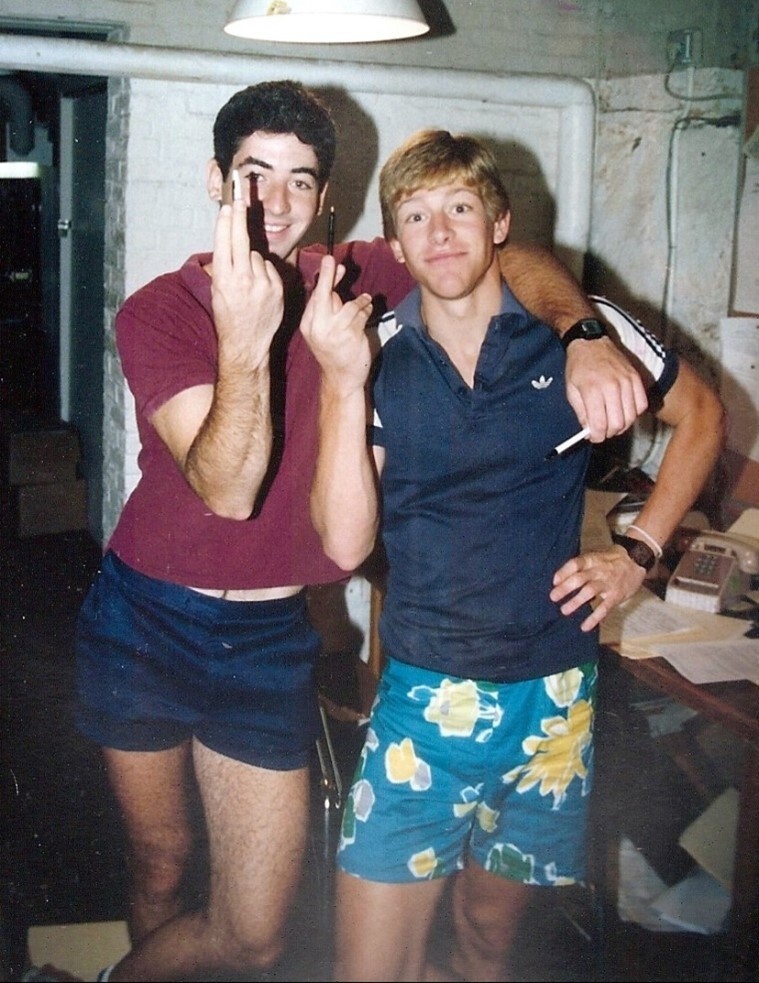 Bill and I think similarly on most things, but differ somewhat on Sam Bankman-Fried ("SBF")...

I believe SBF is almost certainly guilty of a massive fraud at the crypto exchange FTX and affiliated hedge fund Alameda Research he founded, and therefore will be found guilty in the trial that's scheduled to begin in October, resulting in a long prison sentence.

On the other hand, Bill isn't so sure...

In a long Twitter thread he posted last night, he shares his experience being the victim of overzealous regulators and prosecutors after he (correctly, we later learned) accused bond insurer MBIA (MBI) of fraud. I, too, was subpoenaed by both the SEC and Eliot Spitzer's office in this matter, had my name smeared in the Wall Street Journal (along with Bill's), and had to endure three days of interviews – more like an inquisition – before they finally realized that not only had neither Bill nor I done anything wrong – much less illegal – but that, by exposing a company that was hiding losses and misleading investors, we were the good guys. (At least I think that's what they must have concluded!)

So I 100% share Bill's belief in "the U.S. legal principle that one should be presumed innocent unless and until proven guilty" and also to "treat allegations of wrongdoing as allegations and nothing more."

But I disagree with Bill when he writes:

Let's not sacrifice our core values in a rush to convict @SBF_FTX as it does no one any good...

I don't know whether SBF is guilty of a crime. I therefore reserve judgment until our legal process arrives at a conclusion. Don't be so fast to convict on the basis of what you read in the press or without all of the facts.

To be very clear, I am not supporting or defending SBF. I am just presuming he is innocent unless and until he is proven guilty. And in light of the two guilty pleadings, what we do know is that his former girlfriend and partner are guilty. We don't yet know about SBF.

First, I'm not on his jury. If I were, I would of course give him the presumption of innocence and withhold my judgement until I'd heard both the prosecution's case and his defense. But I'm a commentator. My readers aren't looking to me to "reserve judgment until our legal process arrives at a conclusion." Rather, they want me to do a lot of reading, talk to smart people, and collect information, and then share what I learn, my analysis of it, and my conclusions.

If I'm not sure about something, I'll say so. But if I'm, say, 80% or more certain of something, then I'll stick my neck out and make a prediction! For example, "I think inflation is going to continue to decline in the first half of this year, reaching the 4% range."

Consider the case of Elizabeth Holmes and her blood testing company, Theranos, which I covered closely in more than two dozen of my investing dailies from 2018 until her conviction a year ago (archive here).

The first time I wrote about her, in my June 7, 2018 e-mail, I called Theranos a "scam" based on the excellent reporting by Wall Street Journal reporter John Carreyrou (who later published an outstanding book on this incredible story, Bad Blood: Secrets and Lies in a Silicon Valley Startup). It was immediately clear to me that Holmes had committed massive fraud and would therefore be convicted and sent to prison, so I said so – more than three years before my prediction came true.

Should I, as Bill counsels, have suspended judgement until she was convicted a year ago? Of course not! Nor will I do so in the case of SBF, especially because his fraud is exponentially larger – and I'm even more certain he's guilty.

The second reason I disagree with Bill is that, while his admonition, "Don't be so fast to convict on the basis of what you read in the press or without all of the facts," is often true, I don't think it really applies in this case.

The government has laid out its case in great detail. While the charges can always be amended, we have total clarity about what he is accused of and what the evidence is.

And, more important, there's no mystery whatsoever about SBF's defense, as he has given journalists more than a dozen in-depth interviews and posted a 2,347-word defense, FTX Pre-Mortem Overview, on the blog he's set up (and, he promises, this is just the start).

So I am not rushing to judgement. I have read hundreds of pages from both side – the government's charges and SBF's defense – and think I have more than enough information to make a high-probability conclusion: GUILTY!

"I didn't steal funds, and I certainly didn't stash billions away," he wrote in a post.

His arguments, which appear to be an outline of his coming legal defense, mirror those Mr. Bankman-Fried posted on Twitter in the weeks before his arrest.

Mr. Bankman-Fried wrote on his Substack:

He compared FTX and Alameda's problems to those of Credit Suisse, whose shares plummeted last fall. "At the end of the day, its run on the bank fell short. FTX's didn't."

Some of his assertions contradict federal prosecutors and Mr. Bankman-Fried's own former associates. At the end of the post, Mr. Bankman-Fried wrote, "All of which is to say: no funds were stolen. Alameda lost money due to a market crash it was not adequately hedged for."

The Wall Street Journal has previously reported that FTX lent billions of dollars' worth of customer assets to fund risky bets by Alameda, and that the hedge fund's chief executive and senior FTX officials knew about that decision to send user funds to Alameda.

SBF is still talking to the media as well, either because his lawyers are idiots or, far more likely, because he's an idiot and not listening to them. If you subscribe to Puck (I do – it's excellent), you can read Theodore Schleifer's long article about him, based on a visit to his home, where SBF is confined with an ankle monitor (secured by $250 million in bail), under the terms of his pre-trial release: The Only Living Boy in Palo Alto. Excerpt:

His voice was startlingly unaffected; he offered me something to drink as if we were there for a playdate, as if nothing of consequence had recently transpired.

Meanwhile, the house was totally silent. No one else appeared to be there: no lawyer or P.R. chaperone hiding around the corner, no aggrieved parents with a glass to the wall, listening in for some sort of confessional or obfuscation, perhaps to find out how their eldest son had brought them shame, blemished their careers, and unleashed the sort of havoc that will take years, if not decades, to unspool. It took me about 10 minutes to confirm with myself that this meeting was really happening.

Sam, himself, had ostensibly yet to fully grasp what in the world had happened: the weight of the allegations, the enormity, the consequences.

Charlatans, even the alleged ones, come in all shapes and sizes. Bernie Madoff capitulated to the Feds immediately when they arrived at his Lexington Avenue penthouse because he was overwhelmed by the mental burden at the end of his Ponzi scheme. When John Carreyrou began circling Theranos, Elizabeth Holmes and her team of A-list litigators and flacks (and, later, her dog) punched back with legal threats and bias claims.

SBF, on the other hand, seems little changed under house arrest from his comportment while he was scaling FTX, his cryptocurrency exchange: ever-strategic, somehow both deeply contemplative and negligently erratic, and operating on essentially another planet – a quality that once appealed to the investors at Sequoia and Tom Brady, but now simply seems at odds with the billions he cost customers and investors.

Sam has some gallows humor about the whiplash. Just over two months ago – before the collapse of FTX, before the paparazzi, before the $250 million bail that allowed SBF to be released back to Palo Alto – Bankman-Fried sat uniquely atop global finance, living a glamorous life in the Bahamas and dispensing his political and philanthropic checks all over the world. He told me the other week, in our first interview since FTX's meltdown, that he had distributed somewhere between $200 million and $300 million to various causes.

Now, he sits stir-crazy all day, eating vegan burgers delivered to his home, playing video games, voraciously consuming Twitter, and doing a hell of a lot of ruminating and antsy pottering around his parents' unostentatious $4 million home. It's enough to make you recall the line from Dostoevsky: "If he has a conscience, he will suffer for his mistake. That will be his punishment – as well as the prison."

After all this, here's my conclusion: FTX, under SBF's leadership, took billions of dollars of investors' money with the promise that the exchange had strong risk controls, but then funneled large amounts of it to his hedge fund, where he and his senior executives then speculated madly with it, losing billions, most of which will never be recovered.

It's the very definition of fraud.

P.P.S. The Empire Financial Research offices are closed on Monday in observance of Martin Luther King Jr. Day. Look for my next daily e-mail in your inbox on Tuesday, January 17.